A Day in the Life with a California Natural Resources Agency Environmental Scientist – Meet Clesi! 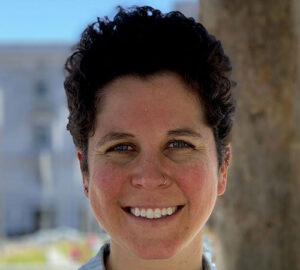 “I love working with the dedicated and smart folks throughout the State, that no two days are the same, and that we are working to tackle some of our State’s most pressing issues, such as climate change and building equity into natural resource management.

On this feature, we’re highlighting one of our own here at the California Natural Resources Agency! Meet Clesi Bennett, Environmental Scientist here at Agency. Clesi works in the ever-changing world of climate change creating and expanding our State’s response to humanity’s greatest challenge.

Clesi’s journey to with #TeamResources started when she landed a fellowship with the California State Coastal Conservancy, working on coastal climate resilience. After her fellowship, Clesi moved to the San Francisco Bay Conservation and Development Commission working on issues related to environmental justice and climate resilience. Both entities within the Agency umbrella taught Clesi the importance of the State’s role in organizing and expanding equitable climate action efforts. 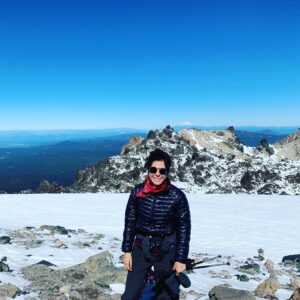 In her current role as an Environmental Scientist for Climate Change Programs, Clesi works with the Deputy Secretary for Climate Change to accelerate climate action on California’s lands through the implementation of Executive Order N-82-20, Governor Newsom’s Executive Order aimed at expanding and accelerating Nature-Based Solutions, while achieving a conservation goal of protecting 30% of California’s lands and coastal waters by 2030 (30×30). She also has been instrumental in developing the State Adaptation Strategy, which outlines the State’s key climate resilience priorities and serves as a framework for action across sectors and regions in California. Clesi also runs point on analyzing climate-related legislation and represents the Agency on various climate workgroups and committees.

Clesi expressed excitement for the completion of multiple planning efforts that will guide the State’s climate response for the foreseeable future. These planning efforts include the Natural and Working Lands Climate Smart Strategy, the State Adaptation Plan, Pathway to 30×30 document, and CA Nature Geospatial Biodiversity Mapping System.

When asked about her favorite aspect of her job, Clesi said, “I love working with the dedicated and smart folks throughout the State, that no two days are the same, and that we are working to tackle some of our State’s most pressing issues, such as climate change and building equity into natural resource management.” We appreciate the work you do in guiding our State’s response to climate change, Clesi!

Interested in joining #TeamResources and joining Clesi in the fight against climate change? Check out our open positions by visiting Resources.ca.gov/Careers.