A Day in the Life with a Department of Parks and Recreation Information Officer – Meet Adeline! 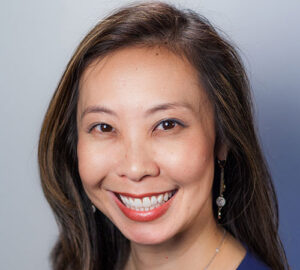 “As someone who didn’t grow up hiking or camping, working for State Parks has completely changed me for the better and now, I can honestly say I love and “Live the Parks Life.”

Our next Day in the Life feature is someone who’s a shining example of public service. Meet Adeline, Public Information Officer for the Department of Parks and Recreation (State Parks)!

After spending 17 years in the Television News business as a producer, Adeline decided to use her media background as a public information officer for the State of California. She first began her journey with public service at the California High-Speed Rail Authority, where she worked for more than three years before joining State Parks in 2017. In reflecting on her time as a public servant, Adeline said, “I love being able to help the public and members of the media learn about our natural and cultural resources, and the importance of the outdoors and public lands to everyone.”

In her current role, Adeline is one of a team of spokespeople for California State Parks. She handles inquiries from journalists as well as members of the public, while supporting State Park staff members internally. Specifically, Adeline handles the Northern and Central Divisions as well as the Division of Boating and Waterways. Her team is always busy juggling a number of tasks including special media events to help promote the department’s amazing parks and programs. 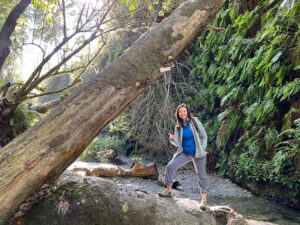 Looking forward, Adeline is optimistically looking at the future of her career. “With the light at the end of the tunnel for the pandemic, I’m looking forward to getting back outside to our parks and helping our visitors learn about the wonderful opportunities available. Not only are there beautiful places to explore but our parks are filled with so much rich history that make up the diverse state of California” she said. However, it isn’t just about fluff stories. Not long ago, Adeline helped organize a special media tour in the backcountry burned areas of Big Basin Redwoods State Park to show reporters the magnitude of damage caused by wildfire, the progress made so far, and the work to be done to reimagine and restore California’s oldest state park. Adeline’s integral role in sharing and shaping this story is critical for the continued stewardship of our State’s world-renowned resources.

When asked about her favorite aspect of her role, Adeline said, “As someone who didn’t grow up hiking or camping, working for State Parks has completely changed me for the better and now, I can honestly say I love and “Live the Parks Life.’” We are so fortunate you found your way to the State Parks family, Adeline!

Interested in joining #TeamResources and helping shape our story with Adeline? Check out our open positions by visiting Resources.ca.gov/Careers.